Infectious Blackness: Race, Media, and the Criminalization of HIV/AIDS 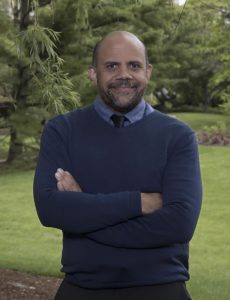 In 2013, a Black college student named Michael Johnson was arrested in St. Charles, Missouri, on charges he had knowingly infected or exposed multiple men to HIV. He was eventually sentenced to 30 years in prison before his sentence was overturned. Johnson was known as “Tiger Mandingo” in news accounts, a nickname he used as a college wrestler and in online profiles—a nickname which was all the more racially charged given the majority of Johnson’s sexual partners pressing charges against him were white. “Infectious Blackness” draws upon Steven W. Thrasher’s five years of coverage of the Johnson case for BuzzFeed News, pairing it with his firsthand reporting on the killing of Michael Brown in nearby Ferguson for the Guardian. Utilizing ethnography, media analysis, and archival research, “Infectious Blackness” theorizes how Blackness and HIV/AIDS are criminalized and policed in American media.

Steven W. Thrasher, PhD is the inaugural Daniel H. Renberg chair of social justice in reporting at Northwestern’s Medill School, the first journalism professorship in the world to focus on LGBTQ issues. His journalism and scholarship have been published by the New York Times, Guardian, Atlantic, Nation, Esquire, Journal of American History, BuzzFeed News, NPR, and Radical History Review. Dr. Thrasher has been named Journalist of the Year by the National Lesbian and Gay Journalist’s Association and he’s received grants from the Ford, Gannett and Alfred P. Sloan foundations. In 2017, he was inducted into the Hall of Fame of the American Sociological Association’s journal Contexts. In 2019, he defended a dissertation about race and the criminalization of HIV/AIDS and received a PhD in American Studies from New York University.