Remaking A Life: How Women with HIV/AIDS Confront Inequality 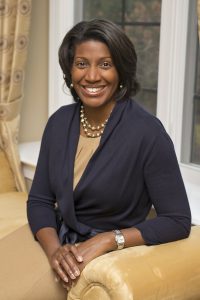 Dr. Celeste Watkins-Hayes is associate vice president for research and professor of sociology and African American studies at Northwestern University. She is also a faculty fellow at Northwestern’s Institute for Policy Research. She is a nationally-recognized scholar and expert on HIV/AIDS, urban poverty, social policy, and inequality. Her book, Remaking a Life: How Women Living with HIV/AIDS Confront Inequality (University of California Press, 2019), analyzes the transformation of the AIDS epidemic and is based on interviews with over 200 female AIDS activists, policy officials, advocates, and women living with HIV/AIDS who have been on the front lines of this fight. Her first book, The New Welfare Bureaucrats: Entanglements of Race, Class, and Policy Reform (University of Chicago Press, 2009), was a finalist for the 2009 C. Wright Mills Book Award from the Society for the Study of Social Problems and the 2011 Max Weber Book Award from the American Sociological Association. In addition to her academic articles and essays, Watkins-Hayes has published pieces in The New York Times, The Atlantic, and Chicago Magazine. In 2018, Watkins-Hayes received the E. LeRoy Hall Award for Excellence in Teaching, which is the highest teaching award given by Northwestern’s Weinberg College of Arts and Sciences. She holds a Ph.D. and M.A. in Sociology from Harvard University and a B.A. from Spelman College, where she graduated summa cum laude. Follow her on twitter @watkinshayes.