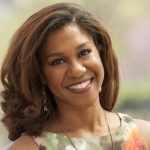 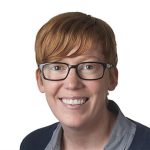 The objective of this proposal is to adapt M-Body to the needs of socioeconomically disadvantaged pregnant women living with HIV, leveraging the existing social services infrastructure for this population. Once refined, the intervention, eMPoWeR, will be pilot tested with a rigorous evaluation of implementation to examine feasibility and acceptability. The ultimate goal of this line of research is a randomized efficacy trial of eMPoWEr to establish an evidence-based generalizable model for delivery of a streamlined mental health intervention for pregnant women living with HIV across the United States. 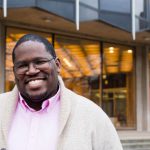 Although Pre-Exposure Prophylaxis (PrEP) is a promising and efficacious tool for reducing the spread of HIV, barriers to PrEP initiation and maintenance, including limited PrEP knowledge, access to insurance coverage, and high rates of loss-to-follow-up after referral persist. One strategy for overcoming such barriers is the delivery of PrEP immediately after eligibility and appropriateness for PrEP is established – same-day start.

Given that Black MSM and trans women continue to be disproportionately impacted by HIV, we are requesting funding from the TC CFAR to assess the experience of same-day PrEP initiation among these groups. We will recruit 18- to 24-year-old participants from an existing cohort of Black MSM and trans women receiving an immediate, no-cost 30-day regimens of Truvada® as PrEP at the time of HIV and STI testing to allow for PrEP initiation while navigating to PrEP care. At the 30-day follow-up period participants will be recruited to take part in a 1-hour qualitative interview exploring their experience receiving immediate PrEP at the time of their testing visit, the experience of taking daily PrEP for 30 days, and barriers and facilitators of seeking longer term PrEP care. This study is timely and directly responds to the NIH Office of AIDS Research priority topics by examining an intervention and PrEP initiation approach to reduce health disparities in the incidence of new HIV infections (#5). This study will inform a subsequent R34 RCT submission. 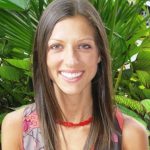 In our previous work we developed a rhesus macaque vaginal and rectal challenge model to study the SIV infection at the mucosal sites. These results revealed that the nature of the first cells infected is remarkably similar following the vaginal and rectal challenges with Th17 helper T cells followed by immature dendritic cells (iDCs) being predominant targets. Interestingly, we found that these two cell types are infected at a rate that is several-fold higher than their relative abundance among target cells in these tissues would predict, indicating that they are preferentially targeted in the early time of infection.

The overall goal of this pilot project grant is to extend beyond temporal dynamics and develop methodologies to study the spatial distribution of the SIV infected cells in the three-dimensional context within the tissue and hence advance our understanding of HIV/SIV transmission and the relevant target cells. In our preliminary work we learned that no single deep tissue imaging technique holds the answers to all of our questions. During the course of the grant, my goal would be to optimize several deep-tissue techniques including confocal microscopy, 2-photon microscopy and light sheet and to use them in synergy to gain comprehensive understanding of the infected cells distribution in three-dimensional space. Furthermore, I would use this grant as an opportunity to better understand the interaction between virus and the host and to test the dynamics of immune cells recruitment in response to infection. 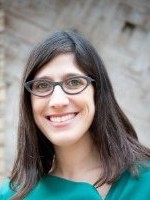 Black cisgender women are disproportionately impacted by HIV, with an 18-fold higher risk of acquiring HIV compared to White women. Pre-exposure prophylaxis (PrEP) is an effective biomedical HIV-prevention strategy for those at risk for HIV infection, including young Black women. However, heterosexual Black women report low PrEP awareness with less than 10% of at-risk women surveyed in  U.S. cities reporting prior knowledge of PrEP. Given limited provider time per patient, brief theory-driven mHealth intervention models delivered in family planning waiting rooms have the potential to aid patients in increasing knowledge, informing decision making and in framing questions to providers.

For this proposal, we aim to adapt and tailor an existing PrEP knowledge app “miPrEP” to the knowledge needs, preferences and priorities of young Black women (ages 18-24) who are seeking sexual and reproductive health services (e.g., family planning or STI testing)– called HerPrEP. At the conclusion of this one-year pilot project we will have successfully developed an app, HerPrEP, designed in collaboration with YBW. Knowledge gained will address a gap in the literature and make strides to developing intervention strategies to increase PrEP awareness, and ultimately uptake, among YBW. Results will yield important evidence and inform our next step- an R21 planned for submission in May 2019 to determine initial efficacy of the app. 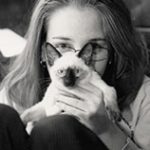 To date, although the incidences of HIV infections in the United States are on the decline, men who have sex with men (MSM) still account for 67% of newly diagnosed infections, and thereby constitute the largest risk group for HIV infection. These increased transmission rates in the MSM population are attributed to numerous factors, including the ability of the HIV virus to easily pass the simple columnar layer of the rectal mucosa during receptive anal intercourse. Additionally, rectal sexually transmitted infections (STIs) are also on the increase in young MSM populations and are believed to contribute to the high levels of HIV transmission. Therefore, it may be possible to decrease HIV transmission acquisition rates in young MSM by identifying and treating rectal STIs. Unfortunately, one complication is that it is still unknown what pro-inflammatory cytokines and chemokines are elevated in the rectal mucosa during STI infections and the mechanistic particulars of how these STIs alter tissue-resident immune cell populations. Gaining a better understanding of how STIs affect the rectal mucosa environment will have a great impact in the effort to identify rectal STIs and develop preventative measures against HIV acquisition in young MSM populations.

This pilot study will provide an important opportunity to increase our knowledge of how STIs may affect HIV transmission at the rectal mucosa in MSM. Additionally,this pilot will pave the way for future studies that will provide insights into the possible mechanisms of how STIs change the rectal mucosal environment to the advantage of the virus and assist in the identification and treatment of STIs as an approach for HIV prevention in the young MSM population. 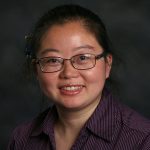 Kaposi’s sarcoma-associated herpesvirus (KSHV) is a human gammaherpesvirus associated with the development of Kaposi’s sarcoma (KS), primary effusion lymphoma, and multicentric Castleman’s Disease (MCD). KSHV infection is essential for the progression of KSHV associated malignancies; however, it is not sufficient to induce tumorigenesis. The incidence of these malignancies in patients with HIV infection greatly exceeds that of the general population indicating the importance of the co-infection of HIV in KSHV infected population which may provide co-factors that are necessary for the development of KSHV induced malignancies. Entry of KSHV into target cells is the first step for KSHV infection which requires the fusion of the viral and cellular membrane to infect cells. The target cells for KSHV include endothelial cells, B cells, monocytes, and epithelial cells. KSHV entry into target cells requires the binding of the KSHV encoded gH/gL to Ephrin receptor A2 (EphA2) to trigger fusion mediated by gB. Additional receptors have also been identified including the Integrins (α3β1, αVβ3, αVβ5) and xCT. These receptors are not involved in the fusion process but rather serve as auxiliary binding receptors by enhancing virus binding to cells or for induction of cell signaling – both of which enhance infection. Recently, I identified that EphA2 is the epithelial cell receptor for Epstein-Barr virus (EBV) which was published in Nature Microbiology. Related to these studies, I found that EphA4 has higher levels of fusion activity compared to EphA2 for KSHV gH/gL suggesting that EphA4 may also be an important entry receptor of KSHV infection. Both EBV and KSHV are associated with the induction of cancer of epithelial origin indicating that the engagement of EphA receptors could be a key commonality in triggering these malignancies. In this proposal, I plan to investigate the role of EphA2 and EphA4 in KSHV entry and how HIV co-infection may increase KSHV entry and KSHV-associated malignancies.